Vendors Focusing on Removal of Paper-Based Information to Drive the Market Growth.

Several aviation OEMs are majorly focusing on the removal of paper-based traditional information methods and systems is driving the electronic flight bag market growth. The vendors across this market are collaborating with aircraft OEMs to understand their requirements and develop reliable solutions for them. For instance, in December 2020, Airbus announced that it has removed all paper-based information, performance tables, graphs, and associated information from the Flight Crew Operating Manual (FCOM). Similarly, in December 2021, Airbus removed all performance paper-based information from Quick Reference Handbook (QRH) and Master Minimum Equipment List (MMEL) to o fully establish EFB-based operations as standard on A320/A330/A340 family of aircraft models.

Software Upgrades to Provide Future Opportunities for Market Vendors During the Forecast Period.

The rising deployment of EFBs is also generating demand for software upgrades and installation across different aircraft models. Moreover, the rising upgrades of old-existing fleet of commercial aircrafts is another major factor to provide future opportunities for electronic flight bag market players during the forecast period. Several airlines are taking initiatives to transform their respective operations to paperless operations. This is boosting the deployment of EFBs for electronic operations and thereby catalyzing the demand for software deployment and upgrades. For instance, in July 2022, Vistara Airlines an Indian service carrier announced the deployment of e-tech logbook solutions across its aircraft fleet and converted its full-operations into paperless operations while deploying the ULTRAMAIN EFB solution. Such developments are likely to generate future opportunities for market vendors during the forecast period. 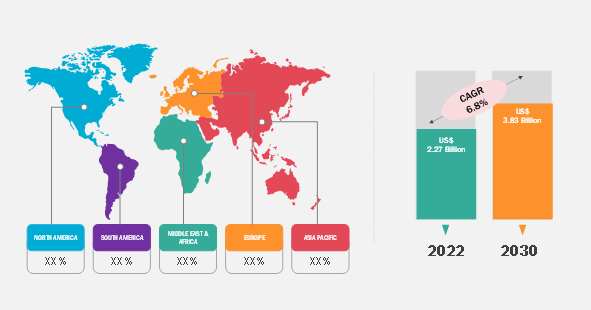 The electronic flight bag market has undergone several significant developments, and a few of these have been mentioned below:

In this report, the electronic flight bag market has been segmented on the basis of: