Development of Low Emission Technologies to Drive the Market Growth.

The vendors across this market are majorly focusing on the development of low-carbon emission products that helps to reduce the carbon emissions across the aviation industry. The growing demand for lowering the carbon emissions from the aviation sector that accounts for nearly 2.7% of the global carbon emissions is one of the major factors pushing the market vendors to develop hydrogen aircraft-related technologies. The major aircraft manufacturers across the aviation sector are collaboratively working with other vendors for the development of hydrogen powered propulsion system that could be deployed across different futuristic aircraft models that aims to be a zero-emission aircraft. For instance, in May 2022, Airbus announced that it has opened a new facility i.e., Zero Emission Development Centre (ZEDC) in the UK for the development of cryogenic fuel systems for next-generation hydrogen aircraft models. Similarly, in April 2021, a hydrogen powered plane had completed its maiden flight in UK that was developed by a California-based startup ZeroAvia and Britain’s Ministry of Aviation. This aircraft was based on the six-seater Piper M-Class which had been fitted out with hydrogen powered systems at the R&D hub at Cranfield airport in the UK.

Moreover, passenger aircraft segment is expected to dominate the hydrogen aircraft market in 2022. This is owing to the rising air passenger volumes across the world which accounts for more share in the aircraft operations compared to cargo volumes. This is also supported by the introduction of low-cost airlines that is again adding up to new air passenger volumes to the airlines industry. Further, the increasing number of developments across the hydrogen-powered passenger aircraft segment is another major factor pushing the hydrogen aircraft market growth.

Increasing Focus of Regulatory Authorities for Reduction of Harmful Emissions is Likely to Provide Future Opportunities for Market Vendors During the Forecast Period.

The aviation related regulatory organizations such as Federal Aviation Administration (FAA), International Civil Aviation Organization (ICAO), and Environmental Protection Agency (EPA) are strictly introducing new regulations for aviation industry market vendors to develop lower emission-based components & systems that are being used in an aircraft that leads to reduce the carbon emissions from the overall aircraft operations. Moreover, these organizations also track the whole stats of aviation industry operations that allows them to understand the overall operational dynamics of the aviation sector. For instance, in 2016, the ICAO announced its first greenhouse gas (GHG) emission standards for airplanes that had been till now. Moreover, in August 2020, EPA proposed new aviation industry GHG emission standards that apply to certain new commercial airplanes, including all large passenger jets. Such initiatives are pushing the market vendors to develop hydrogen-propulsion based aircraft systems for the better future of aviation industry.

Several vendors are collaboratively working on the development of new prototypes and designs of the hydrogen aircraft for taking it to the next level of innovation for air travel industry. The traditional designs of an aircraft wherein the fuel could be carried out in the aircraft wings cannot be considered for the hydrogen powered aircraft models as liquid hydrogen needs to be stored in relatively heavy and insulated tanks. For this, different vendors are focusing on the development of new and innovative aircraft designs to produce the prototype for hydrogen aircraft for its testing. For instance, the Dutch company Unified International Aerospace, Defense and Maritime is working on the development of hydrogen aircraft wherein their design aims to locate the aircraft hydrogen fuel tanks at the plane’s tails. Such innovations are likely to generate new possibilities and opportunities for market vendors during the forecast period. 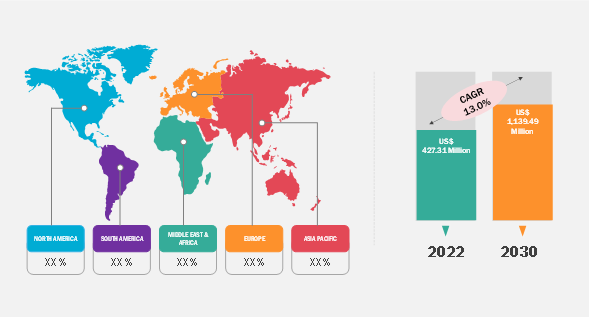 The hydrogen aircraft market has undergone several significant developments, and a few of these have been mentioned below:

In this report, the hydrogen aircraft market has been segmented on the basis of: