IoT in railways also enhances the reliability and safety of the train infrastructure. Data generated by IoT sensors allows the analysis and interpretation of conditions that cannot be performed previously. With IoT, a huge amount of data could now be utilized to optimize train schedules and maintain equipment, major limitations for railway efficiency. IoT can streamline railway operations for better efficiency when used in association with analytics. The technology utilizes networks of intelligent onboard devices connected to cloud-based applications to enhance communications and control systems. The data, shown to drivers and monitoring stations, is kept in a database and can be used later for troubleshooting and maintenance. Furthermore, major players in the market are working to improve network connectivity by partnering with telecommunications companies. Thus, IoT in railways signifies an opportunity for several connected railway solutions providers and telecommunication technology providers.

Within the report, the Connected Rail market is segmented into service, rolling stock, safety and signaling system. On the basis of service, market is segmented as passenger mobility and services, passenger information system, train tracking and monitoring solutions, automated fare collection system, Ip video surveillance, predictive maintenance, others. On the basis of rolling stock, market is segmented as diesel, locomotive, electric locomotive, DMU, EMU, feright wagon, others. On the basis of safety and signaling system, market is segmented Positive Train Control (PTC), Communication/Computer-Based Train Control (CBTC), Automated/Integrated Train Control (ATC). Geographically, the Connected Rail market is subsegmented into North America, Europe, Asia Pacific, South & Central America, and Middle East & Africa. The Connected Rail market in Asia Pacific holds the highest growth rate and is expected to retain its position during the forecast period (2022-2030). The high growth is due to the presence of most populous countries such as China and India in the region.

Based on rolling stock, the freight wagon segment is estimated to account for a significant connected rail market growth during the forecast period. The freight wagon is a pioneer in implementing new technologies. Freight wagons are rolling stocks that are used to transport goods and commodities. The railway is the major mode of transportation available for trade, and it is predicted to be the cheapest. However, this mode of transportation can carry a huge amount of cargo in a single tour compared to road transportation. At the same time, it requires less time over long distances than a maritime route. Globally governments are putting a premium on last-mile connectivity for trade, resulting in a surge in investment in logistical infrastructure. Moreover, the number of projects to expand the railway network for inter-state and intra-state trade is rising. On similar grounds, innovations, including dedicated freight corridors, are expected to boost trading opportunities, thus surging the demand for freight wagons. For instance, in June 2021, Sinara Transport Machines Holding (STM) secured a contract from Russian Railways to supply 200 2TE5A freight diesel locomotives, predicted to be delivered by 2031.

Digital transformation trend in railway industry is one of the major factors accelerating the Connected Rail market growth.

Digital transformation trend is the integration of digital technologies in several processes, activities, and business models to enhance productivity and diminish operational costs. Worldwide, companies are embracing digitalization to transform their existing business models and processes for rising operational effectiveness and returns. The railway industry is no exception to this trend, and it is going through a paradigm shift with disrupting business models, evolving pricing and cost structures, and increasing competition. The prominent areas for digital transformation in railways such as digitalization of core operations, development of new business models & offerings, building a strong internal digital foundation, and digitiazation of rails. Multimodality platforms, automated train operations, easy customer interfaces, fleet management, and advanced analytics are some key digital transformation areas in the railway industry across the globe. Autonomous trains under digital transformation of railways, drive themselves with minimal human intervention. The trend of emerging driverless vehicles can be observed throughout the transportation and logistics industry. The deployment of autonomous vehicles would create ample opportunities for connected rail solution and service provider during the forcast period. 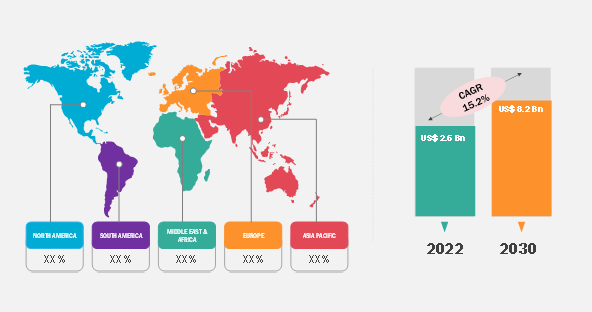 The Connected Rail market has undergone several significant developments, and a few of these have been mentioned below:

In this report, the Connected Rail market has been segmented on the basis of: