Traffic sensor market has been significantly growing with the high adoption of gadgets such as mobile phones, watches, and medical equipment.

The ever-increasing urban population increases the demand for efficient traffic control systems, propelling the Traffic Sensor Market forward. Congestion in cities such as New York, Shanghai, and Mumbai, among others, has become a major source of anxiety for residents. Congestion reduces the city's overall efficiency and increases economic losses. These components aid in the analysis of factors such as the number of vehicles that travelled through an area at that time, as well as vehicle length, weight, and speed. This enables officials to lessen traffic congestion on the roads.

Traffic sensor market is highly popular and frequently used to monitor the functioning of transportation systems, which aids in the improvement of the transportation network

Traffic sensors are used to monitor the functioning of transportation systems, which aids in the improvement of transportation network surveillance performance. The traffic sensor data is utilized to provide real-time traffic data for a variety of traffic information applications, including flow observation and estimation, travel-time estimation, and bottleneck detection. Benefits of Traffic Sensors include increased mobility by eliminating traffic delays, increased safety for motorists and road workers, simple and quick installation, cost savings from lower long-term maintenance costs, added data collection, and detection over a long distance and across different lanes. They are utilized in a variety of applications, including traffic monitoring, automated tolling, vehicle measurement and profiling, weighing in motion, and others.

Rising adoption in urbanization and population is one of the major factors accelerating market growth.

In metropolitan locations, private and professional mobility poses major problems. The expanding urbanization and population have increased traffic density levels, making commuting difficult for the general public. Furthermore, as the urban population expands, so will the volume of business conducted within cities and with commercial partners located outside of cities. As the urban population expands, so does the volume of transportation. For example, as cities' populations rise, so will traffic as firms like e-commerce, postal and logistics, and restaurant aggregators and meal delivery services expand their operations. 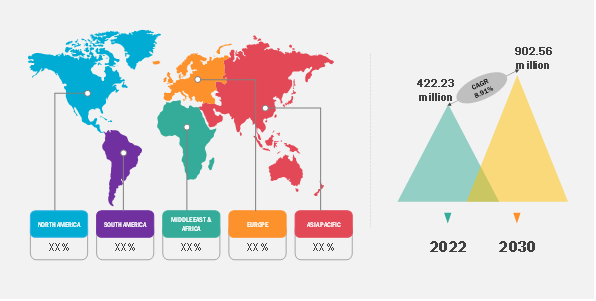 The traffic sensor market has undergone several significant developments, and a few of these have been mentioned below: