Supply chain innovation is another major factor supporting the growth of additive manufacturing and 3d printing across the aviation sector. This also enables quicker production with lesser costs and lesser manpower that saves a lot of time and resources for any aircraft component manufacturing company. The 3d printing manufacturing process does not require any certification or qualification as it can also be conducted through common equipment without part-specific tooling to produce any customized aircraft parts. Further, supply chain innovation also reduces the number of parts through 3d printing process. For instance, the manufacturing of multiple small parts through conventional process took a lot of time and resources that led to unnecessary utilization of time and resources with higher costs. Through the 3d printing process several smaller parts are being manufactured in combination that saves a lot of time and costs which also allows mass production in a very less amount of time. Such advantages are catalyzing the adoption of 3d printed parts in the aerospace industry. 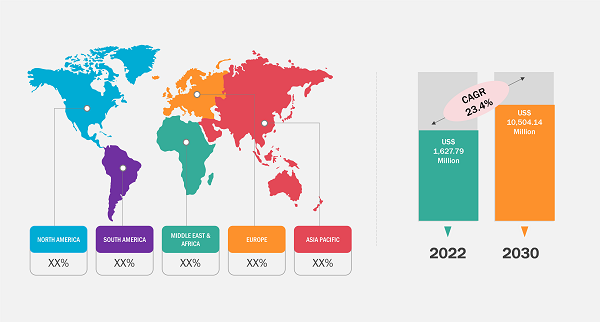 Rising Penetration of Composite Made Parts to Provide Opportunities for Market Vendors During the Forecast Period.

Several aircraft manufacturers are majorly focusing on the production of reliable and efficient aircraft components by preferring lightweight and eco-friendly products that can be recycled over a span of time. The higher preference of composite made parts by different aircraft OEMs and component manufacturers is one of the major factors pushing the adoption of 3d printed parts across the aviation industry. Further, the introduction of lightweight, low emission, and high-composite mass aircraft models such as B787 variants that have around 80% of the material mass of composites is another major factor supporting the growth of 3d printed parts in the aviation sector. Moreover, the Airbus A350 comprises large number of 3d printed parts compared to any other civil aircraft models. The rise in production of A350 models by Airbus is also pushing the adoption of ed printed parts across the commercial aviation sector.

The expected future aircraft deliveries and huge backlogs from the two of the major aircraft giants i.e. Boeing and Airbus is another major factor likely to generate new opportunities for market vendors during the forecast period. For instance, according to the Airbus Global Market Forecasts 2021-2040, around 39,020 aircraft are expected to be delivered by 2040. Similarly, according to the Boeing Commercial Outlook, around 41,170 aircraft deliveries are expected by the end of 2041. Such projections are likely to provide huge opportunities for 3d printed parts and market vendors during the forecast period.

Increasing Production of Next Generation Military Aircraft and UAVs Driving the Market for Aerospace 3D Printing.

The rise in procurement of next generation military aircraft and UAV systems is propelled by the rising military expenditure worldwide. Several armed forces worldwide are investing heavily in the development and procurement of military aircraft and UAVs. The demand for lightweight systems and precision manufacturing of aircraft parts in the military aviation sector is one of the major factors pushing the adoption of 3d printed parts in the military sector. Military aircraft comprises of a lot of titanium and composite material parts that are manufactured by 3d printing process and other additive manufacturing methods. This is due to the demand for high-strength and lightweight components that allows to increase the operational efficiency of an aircraft during its operation and provides the advantages of low-cost precision manufacturing of aircraft parts to the component manufacturers.

The UAV systems is one of the emerging technologies across defense sector the requires a lot of 3d printed components for fast production of UAVs. The increasing preference of UAV manufacturers for the manufacturing of low-cost 3d printed parts provides the advantages of less time and mass production of 3d printed parts for their respective manufacturing UAV components. The demand for lesser time manufacturing of military UAVs is one of the major concerns among the UAV manufacturers over the years. Several vendors have already been working closely with the armed forces to understand their specific requirements for their future production of UAVs. For this, the vendors are also focusing on adopting innovative manufacturing methods that allows them to reduce the time required to produce the UAV systems and provide the benefits of mass manufacturing of UAV systems. For instance, in July 2022, during the Global Air and Space Chiefs’ Conference 2022, UK MoD announced that it has been constantly working to produce 3D printed UAVs to cater to mass demand for swarm drone systems from UK’s defense sector. Such developments are catalyzing the aerospace 3d printing market growth for UAVs segment.

The aerospace 3D printing market has undergone several significant developments, and a few of these have been mentioned below: