Middle East and Africa Rail Greases Market is expected to reach US$ 39.93 Mn by 2027

According to a new market research study on “MEA Rail Greases Market Forecast to 2027 – COVID-19 Impact and Analysis – by Product Type (Lithium Grease, Calcium Grease, and Other Grease), Application (Railway Vehicle Elements, Railway Track Elements, Switches and Fish Plates, Curve Rails, and Screw and Bolts), and Distribution Channel (Offline and Online),” is expected to reach US$ 39.93 million by 2027 from US$ 34.11 million in 2018 and is expected to grow at a CAGR of 1.9%  from 2019 to 2027. The report provides trends prevailing in the MEA rail greases market along with the drivers and restraints pertaining to the market growth.

Grease is solid or semi-solid lubricating oil. It usually comprises mineral oil and thickeners such as calcium-based soap and lithium-based soaps. Greases may also contain additional lubricating particles, such as molybdenum disulfide, graphite, or polytetrafluoroethylene (PTFE). Different types of greases combine the lubricating properties of oils with added stickiness, which allows the lubricant to adhere to the surfaces better. Grease possesses characteristic feature such as high initial viscosity, which make it frictional. For rails, greases can be used in mechanisms where lubrication is required frequently and where lubricating oil does not stay for long. Greases act as a sealant to avert ingress of water and incompressible materials. Grease is also being used for maintenance of various rail elements such as railway axles & wheels, bearings & chains, brake elements, interior components, pantographs and railway track components, as it prevents entry of contaminants or loss of lubricant. Use of rail greases in maintenance activities of different railway parts is the major factor driving the growth of the MEA rail greases market. The MEA region consists of fourteen middle and low-income countries or territories, from Iran to Morocco. The region holds a population of nearly 296 Million people, and over 120 Million of whom are living in rural areas. The remaining 84 Million population is totally reliant on the agriculture sector, including livestock and fishing, which contributes rigorous transit growth in the region. Precious stones and resources together with other metal such as manganese, gold, and chromate are also increasing regions transportation activities, which intern increasing demand for rail greases market. However, stringent regulations for the production and usage of lubricating oils hinder the growth of MEA rail greases market.

COVID-19 has affected economies and industries in various countries due to lockdowns, travel bans, and business shutdowns. Saudi Arabia has the largest COVID-19 cases in the MEA region, and is followed by South Africa and UAE, among others. UAE was the first country in MEA to report a confirmed case of coronavirus. This is likely to impact the rail transport in the country as, due to the COVID-19 outbreak, the supply and distribution chain is likely to get affected. In addition, the overall manufacturing processes, research, and development activities will also impact market growth. 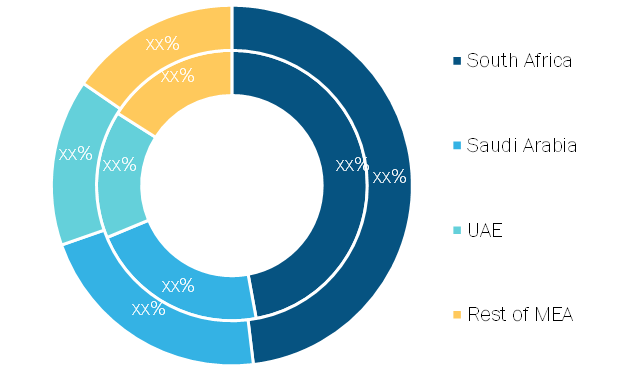 The report segments the MEA rail greases market as follows: