The robotics and automation actuators market is expected to cross US$ 20.5 billion mark in 2022 and is projected to hit US$ 57.9 billion by 2030, recording a CAGR of 13.9% during the forecast period.

The Demand for Robotics and Automation Actuators is Constantly Increasing

Robotics and automation actuators allow precise variable control over motor speed, acceleration, and velocity and offer immediate feedback of end effector movements. Additionally, installation is simple. Electrical actuators have a long functioning lifespan and few maintenance requirements compared to traditional actuators. Some additional actuator types, including digital linear actuators, mini-electrical actuators, and idle speed controllers, have also been created and released in the market. Actuators are therefore projected to have expanded application in various industries due to ongoing technological improvements, and the rising demand for various types of actuators will enhance demand for them around the world.

The report segments the market into type, actuation, application, industry vertical, and geography. By type, the market is further segmented into linear and rotary. Based on actuation, the market is bifurcated into electric, hydraulic, pneumatic, and others. By application, the market is categorized into robotics, and process automation. By industry vertical, the robotics and automation actuators market is divided into automotive, electronics, aerospace and defense, chemicals and materials, pharmaceutical and healthcare, power generation, food and beverages, oil and gas, and others. Based on geography, the market is sub-segmented into North America, Europe, Asia Pacific, South America, and Middle East & Africa.

Asia Pacific (APAC) Region is Anticipated to Grow at a Highest CAGR during the Forecast Period, due to Rising Demand for Industrial Robots

Globally, there is a surge in the creation of smart cities due to the continuous, rapid urbanization trend. To handle and link thousands of dispersed sensors and actuators that leverage the Internet of Things (loT), smart cities use instrumentation and actuation technology. Electronically driven logistics applications are used in smart cities. Smart electrical actuators with built-in location feedback, power systems, and bus communication are efficient ways to translate control logic into intelligent motion. These actuators are designed for service robots, including cleaning robots, automated guided vehicles, automated parking systems, and surveillance robots. 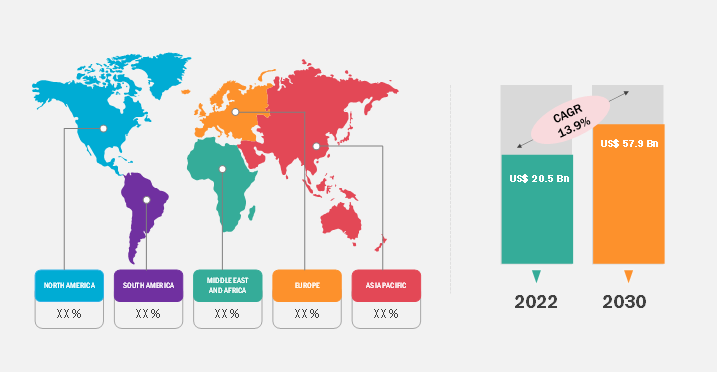 The robotics and automation actuators market has undergone several significant developments, and a few of these have been mentioned below:

Target Audience for the Robotics And Automation Actuators Market Report:

Scope of the robotics and automation actuators market report: