The Demand for Cutting Down the Operational Cost of Air Traffic Control (ATC) Towers is Propelling the Deployment for RTS and Boosting the Remote Tower Market Growth.

The growing demand for increasing the overall operational efficiency of airport systems through cost cutting and adoption of advanced automated systems that requires less manpower is catalyzing the market growth of remote tower technologies across the airport sector. Several airport authorities are taking sheer interest in the adoption of remote tower technologies. For instance, in January 2021, Micro Nav Limited signed a contract with Indra Systemas to provide support for their project of delivering a complete tower system as remote control of Budapest airport to HungaroControl. Similarly, in December 2019, LVNL has been awarded a contract to develop, install, and provide maintenance support of remote tower systems at airports across the Netherlands. Such developments are propelling the adoption of remote tower systems across different regions and catalyzing the market growth.

The multiple segment is expected to witness highest growth during the forecast period, This is owing to the rise in awareness for remotely control of multiple airport across the airport industry. Several vendors are collaboratively working on the testing and development of such remote tower technologies that will provide the capability to control multiple airports from one remote tower. For instance, since December 2021, DLR and Frequentis are working closely and are demonstrating in trials that remote monitoring of several airports from one control centre works.

Development of Smart Airports to Provide Future Opportunities for Market Vendors During the Forecast Period.

The development of smart airports across different countries are expected to generate new opportunities for market vendors during the forecast period. The improved and digitalized technologies that are integrated with smart airports can allow access to every system of the airport to remote control towers that is more efficient in terms of airport management. Several countries are focusing on the development of smart airports across their busiest air traffic areas whereas some of the countries such as China, Singapore, and the US are already having some major smart airports across their respective regions. Further, several airport authorities are also focusing on the conversion of general airports to smart airports that is again expected to drive the demand for remote tower solutions across those airports. For instance, in 2021, Airport Economic Regulatory Authority (AERA) of India announced that Kempegowda Airport, Bangalore, is expected to invest ~US$ 2.2 billion in the development of infrastructure to be able to handle ~90 million passengers by 2034. Additionally, in 2021, the Bangalore International Airport signed a 10-year partnership with IBM Corporation (to implement IBM Hybrid Cloud capabilities) along with Red Hat Automation, and Kyndryl managed infrastructure services that will help the airport operators to improve productivity, automate IT systems, and minimize costs. Such developments are propelling the number of smart airports across different countries and are likely to generate new opportunities for remote tower market vendors during the forecast period. 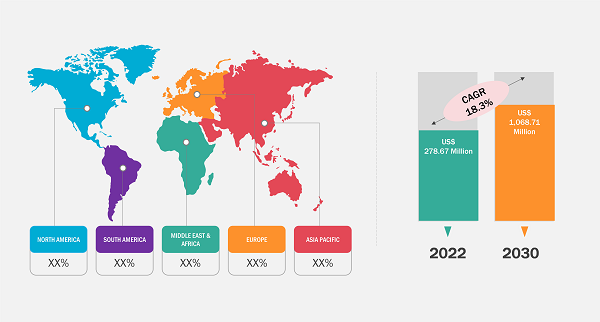 The remote tower market has undergone several significant developments, and a few of these have been mentioned below: