Over the past few years, significant growth has been made in spectrographs and detector designs, resulting in decreased costs and improved instrumentation capabilities. As a result, the hyperspectral imaging system is progressively being utilized in various applications. In comparison to conventional cameras, hyperspectral cameras acquire a 3D image cube and spectral information, which is suitable for any situation where images have to encompass a large area and encode much information within a single view. The snapshot segment dominates the market mainly due to the benefits accessible by snapshot hyperspectral imaging systems, which make this technology most suitable for real-time analysis situations. Moreover, government funding and a surging number of product launches will further support this market's growth.

Growing healthcare in emerging countries will empower growth during the forecast period.

Hyperspectral imaging is an efficient technology as it is a combination of digital imaging and spectroscopy, which increases the sensitivity and ability to distinguish when compared to conventional imaging and detection methods. Hyperspectral imaging extensively improves the ability to segregate objects based on spectral properties. The increasing adoption of this technology is mainly attributed to its clarity and high accuracy.

Emerging countries, including China, Japan, India, Russia, Brasil, and others, are also expected to provide lucrative opportunities to market players. For instance, in China, several hyperspectral sensors were developed to cope with the increasing demand for accurate and fast mapping of natural resources using remote sensing applications. For instance, in September 2019, China launched five new remote sensing satellites under the project Zhuhai-1, which consists of 34 micro-nano satellites, including video, HSI, and high-resolution optical satellites and radar and infrared satellites.

The development of spectrographs and detectors is one of the major factors accelerating market growth. 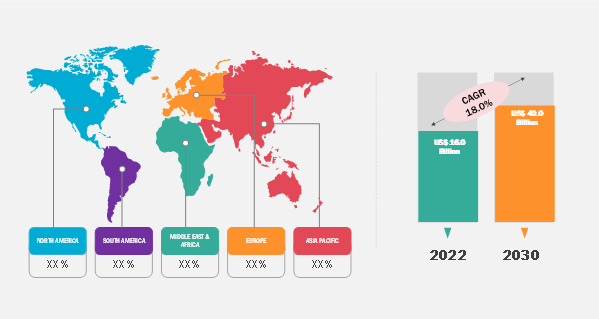 The hyperspectral imaging market has undergone several significant developments, and a few of these have been mentioned below: