The development of next generation electronic warfare systems by different vendors in collaboration with different armed forces to cater to their growing market demands to remain competitive in the market. The growing deployment of ISR systems across different platforms and demand for command & control and tactical communication systems is one of the major factors propelling the growth of C4ISR market globally. The growing defense capabilities of different armed forces are demanding more advanced tactical communication systems that is pushing the market vendors to develop innovative solutions for end users. For instance, in July 2019, Airbus signed a five-year agreement with UK MOD worth US$ 25 million to manage test and reference services to support the delivery and assured release of Command, Control, Communications, Computers, Intelligence, Surveillance, and Reconnaissance (C4ISR) capability for deployed operations around the globe.

Moreover, military segment is expected to dominate the C4ISR market in 2022 as well. This is owing to the rising military expenditure for the procurement of C4ISR technologies and systems for upgrading their current tactical communication infrastructure and surveillance technologies. Moreover, the rising expenditure for procurement of such technologies is attributed to the rising demand for deployment off C4ISR systems into next generation military aircraft, helicopters, and UAVs. Such factors are expected to drive the demand for C4ISR systems for military segment during the forecast period.

Software Upgrades to Provide Future Opportunities for Market Vendors During the Forecast Period.

The rising deployment of C4ISR systems across different platforms is generating new demand for the deployment of software along with demand for software upgrades across existing deployed communications, command, control, and ISR systems. Several vendors across the market are majorly focusing on the development of innovative solutions by collaborating with different armed forces to cater to market demands and remain competitive in the market. For instance, in February 2022, the US Navy awarded a contract worth US$ 22.62 million to Leidos to provide the C4ISR [command, control, communications, computers, intelligence, surveillance, and reconnaissance] Mission Planning Aids. The contract also includes development of new software interface that allow users to customize their C4ISR systems. Such developments are likely to generate future opportunities for C4ISR market vendors during the forecast period.

The rising military expenditure by different countries is one of the major factors driving the deployment of command, control, communications, computers, intelligence, surveillance, and reconnaissance systems across different military forces. The rising proportion of military expenditure in C4ISR systems from the respective military forces is supporting the growth of C4ISR market growth. Different armed forces are providing C4ISR systems procurement contracts to various vendors across the world which is supporting the market growth. For instance, in July 2019, the US Navy awarded a five-year contract worth US$ 968 million to different vendors that include Huntington Ingalls Industries, Cambridge International Systems Inc., KBRwyle Technology Solutions LLC, M.C. Dean Inc., Parsons Government Services Inc. [PSN], Serco Inc., SigNet Technologies Inc., and VT Milcom Inc. for the installation of current and future C4ISR systems under the Naval Information Warfare Systems Command (NAVWAR). Such instances are driving the C4ISR market growth. 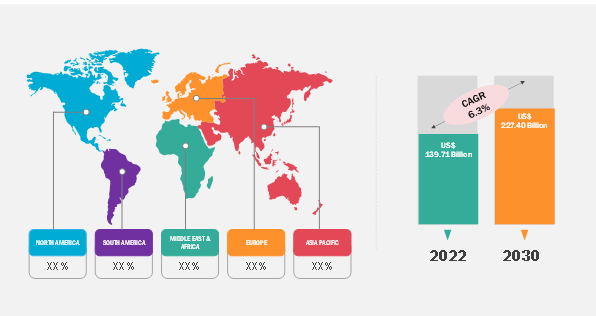 The C4ISR market has undergone several significant developments, and a few of these have been mentioned below:

In this report, the C4ISR market has been segmented on the basis of: