Development of Innovative Braking Systems to Drive the Market Growth.

The development of advanced braking systems across the aviation industry by different market vendors is expected to drive the market for aircraft braking systems globally. The vendors are majorly focusing on the innovation of carbon fibre brake technologies to cater to growing market demands and remain competitive in the market. This is mainly due to demand for weight reduction of aircraft braking systems and higher strength capabilities compared to traditional steel made brake drums. For instance, in October 2019, Meggitt PLC won a contract from Gulfstream to supply main and nose wheels, carbon brakes, brake control system, brake temperature monitoring systems, and full autobrake capability via touchscreen controls for integration into its Gulfstream G700 business jets. Such developments are pushing the market vendors to develop more advanced braking system technologies which is likely to generate new market opportunities for market vendors during the forecast period.

Commercial segment is likely to dominate the aircraft braking system market in 2022. This is owing to the rising deliveries of commercial aircraft models across different regions which is propelled by increasing passenger traffic across different regions. Moreover, the increasing demand from retrofit segment for commercial aircraft models is another major factor pushing the market growth.

Aircraft Production is Likely to Provide Future Opportunities for Market Vendors During the Forecast Period.

The aircraft brakes have different lifecycles depending upon their integration on different aircraft models. For instance, the traditional steel brakes require to be replaced every 1,000 landings whereas the carbon fiber brakes have a service life of around 2,000 landing operations. The large existing fleet of commercial aircraft worldwide and the rising commercial aircraft fleet owing to increasing aircraft deliveries is driving the demand for aircraft braking systems during the forecast period. 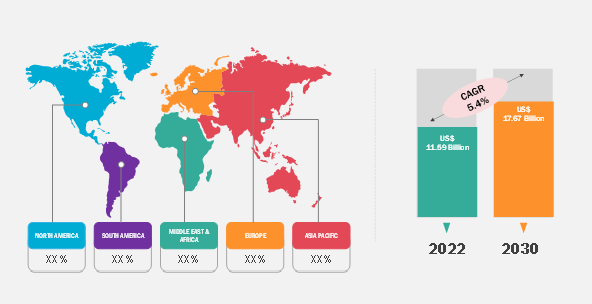 The aircraft braking system market has undergone several significant developments, and a few of these have been mentioned below:

In this report, the aircraft braking system market has been segmented on the basis of: